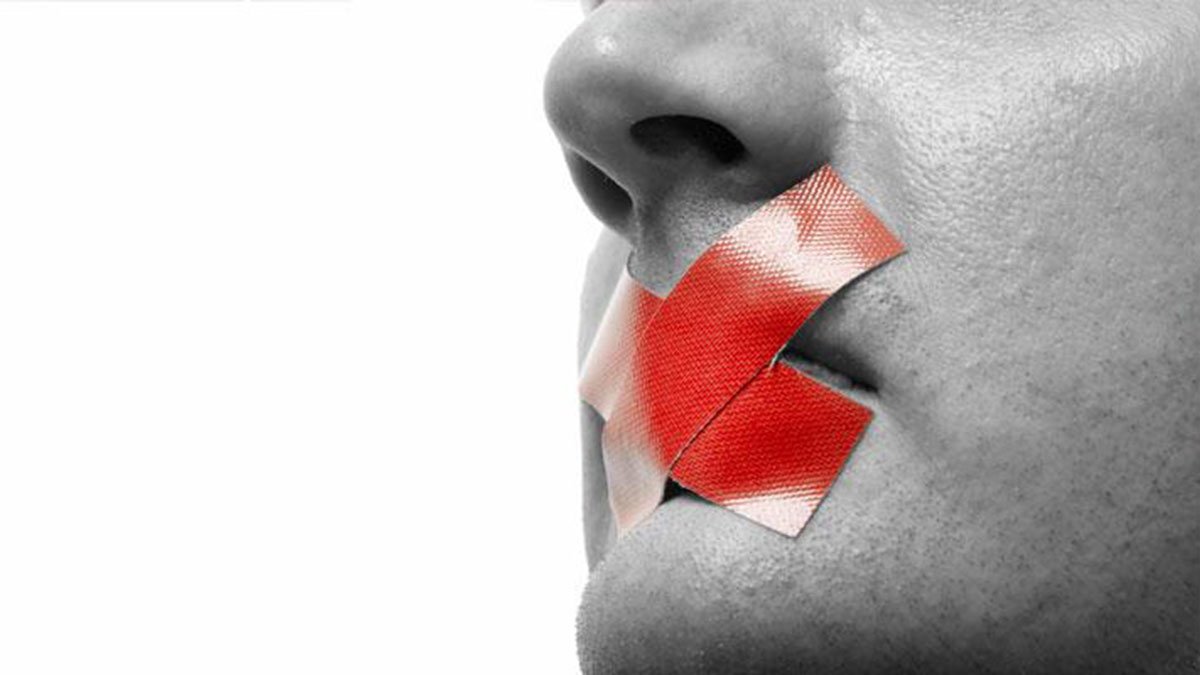 The consequences of stigma and discrimination are wide-ranging. Some people are shunned by family, peers and the wider community, while others face poor treatment in healthcare and educational settings, erosion of their an an rights, and psychological damage. These all limit access to HIV testing, treatment and other HIV services.

The People Living with HIV Stigma Index indicates that roughly one in every eight people living with HIV is being denied health services because of stigma and discrimination.

Why is there stigma around HIV and AIDS?

The fear surrounding the emerging HIV epidemic in the 1980s largely persists today. At that time, very little was known about how HIV is transmitted, which made people scared of those infected due to fear of contagion.

This fear, coupled with many other reasons, means that lots of people falsely believe:

HIV-related stigma and discrimination exist worldwide, although they manifest themselves differently across countries, communities, religious groups and individuals.

Research by the International Centre for Research on Women (ICRW) found the possible consequences of HIV-related stigma to be:

Key affected populations are groups of people who are disproportionately affected by HIV and AIDS, such as men who have sex with men (sometimes referred to as MSM), people who inject drugs and sex workers. Stigma and discrimination are often directed towards these groups simply because others disapprove of their behaviours.

How stigma leads to sickness

Stigma also varies depending on the dominant transmission routes in a country or region. In sub-Saharan Africa, for example, heterosexual sex is the main route of infection, which means that HIV-related stigma in this region is mainly focused on infidelity and sex work.

These people are increasingly marginalised, not only from society, but from the services they need to protect themselves from HIV. Half of all new HIV infections worldwide are among people belonging to key affected populations.

In 2015, the World Health Organization (WHO) released new treatment guidelines that reflect the need to address barriers to accessing HIV treatment such as stigma and discrimination.

How stigma affects the HIV response

The WHO cites fear of stigma and discrimination as the main reason why people are reluctant to get tested, disclose their HIV status and take antiretroviral drugs.

One study found that participants who reported high levels of stigma were over four times more likely to report poor access to care. This contributes to the expansion of the global HIV epidemic and a higher number of AIDS-related deaths.

An unwillingness to take an HIV test means that more people are diagnosed late, when the virus may have already progressed to AIDS. This makes treatment less effective, increasing the likelihood of transmitting HIV to others, and causing early death.

"The epidemic of fear, stigmatization and discrimination has undermined the ability of individuals, families and societies to protect themselves and provide support and reassurance to those affected. This hinders, in no small way, efforts at stemming the epidemic. It complicates decisions about testing, disclosure of status, and ability to negotiate prevention behaviours, including use of family planning services."

Forms of HIV stigma and discrimination

HIV and AIDS-related stigma can lead to discrimination, for example, when people living with HIV are prohibited from travelling, using healthcare facilities or seeking employment.

Self-stigma, or internalised stigma has an equally damaging effect on the mental wellbeing of people living with HIV. This fear of discrimination breaks down confidence to seek help and medical care.

Self-stigma and fear of a negative community reaction can hinder efforts to address the HIV epidemic by continuing the wall of silence and shame surrounding the virus.

"I am afraid of giving my disease to my family members-especially my youngest brother who is so small. It would be so pitiful if he got the disease. I am aware that I have the disease so I do not touch him. I talk with him only. I don’t hold him in my arms now." - woman in Vietnam

A country’s discriminatory laws, rules and policies regarding HIV can alienate and exclude people living with HIV, reinforcing the stigma surrounding HIV and AIDS.

In 2014, 64% of countries reporting to UNAIDS had some form of legislation in place to protect people living with HIV from discrimination.

However, criminalisation of key affected populations remains widespread with 60% of countries reporting laws, regulations or policies that present obstacles to providing effective HIV prevention, treatment, care and support. In 2015, 75 countries worldwide listed homosexuality as a crime.

Healthcare professionals can medically assist someone infected or affected by HIV, and also provide life-saving information on how to prevent it.

However, often healthcare is not confidential, contains judgement about a person’s HIV status, behaviour, sexual orientation or gender identity. These views are often fuelled by ignorance about HIV transmission routes among healthcare professionals. Studies by the WHO in India, Indonesia, the Philippines and Thailand found that 34% of respondents reported breaches of confidentiality by health workers.

This prevents many people from being honest to healthcare workers when they seek medical help and fear discrimination if they say they’re a sex worker, have same-sex relations, or inject drugs.

In the workplace, people living with HIV may suffer stigma from their co-workers and employers, such as social isolation and ridicule, or experience discriminatory practices, such as termination or refusal of employment. Fear of an employer’s reaction can cause a person living with HIV anxiety:

"It is always in the back of your mind, if I get a job, should I tell my employer about my HIV status? There is a fear of how they will react to it. It may cost you your job, it may make you so uncomfortable it changes relationships. Yet you would want to be able to explain about why you are absent, and going to the doctors." - HIV-positive woman, UK

A man living with HIV in China filed a lawsuit in 2012 after he was denied a job as a primary school teacher when the employer found out he was HIV-positive. In January 2013, he won the case and received compensation. There is pressure now to remove health tests as part of any employment procedures in China.

By reducing stigma in the workplace (via HIV and AIDS education, offering HIV testing, and contributing towards the cost of antiretrovirals) employees are less likely to take days off work, and be more productive in their jobs. This ensures people living with HIV are able to continue working.

Community-level stigma and discrimination towards people living with HIV can force people to leave their home and change their daily activities.

A survey of Dutch people living with HIV found that stigma in family settings - in particular avoidance, exaggerated kindness and being told to conceal one's status - actively contributed to psychological distress. A global study found that 35% of participants feared losing family and friends if they disclosde their HIV status.

Stigma and discrimination can also take particular forms within community groups such as key affected populations.

For example, studies have shown that within some lesbian, gay, bisexual and transgender (LGBT) communities there is segregation between HIV-positive and HIV-negative men, where men associate predominately with those of the same status.

Restrictions on entry, travel and stay

As of September 2015, 35 countries have laws that restrict the entry, stay and residence of people living with HIV. Lithuania became the most recent country to remove such restrictions.

Restrictions can include the mandatory disclosure of one's HIV status or be subject to a mandatory HIV test, the need for discretionary approval to stay, and the deportation of individuals once their HIV-positive status is discovered.

Deportation of people living with HIV has potentially life-threatening consequences if they have been taking HIV treatment and are deported to a country that has limited treatment provision. Alternatively, people living with HIV may face deportation to a country where they would be subject to even further discrimination - a practice that could contravene international human rights law.

Ultimately, adopting a human rights approach to HIV and AIDS is in the public’s interest. Stigma blocks access to HIV testing and treatment services, making onwards transmission more likely. The removal of barriers to these services is key to ending the global HIV epidemic.

A few examples of successful programmes to reduce HIV stigma and strengthen the rights of people living with HIV are outlined below.

Reducing stigma and discrimination among healthcare workers in Thailand

In 2012, half of all people living with HIV in Thailand were starting treatment very late and had CD4 counts under 100. HIV stigma was identified as a major barrier to service uptake so health authorities set a target to cut HIV-related stigma and discrimination by 50% by 2016.

The Ministry of Public Health found that over 80% of healthcare workers had at least one negative attitude to HIV, while roughly 20% knew colleagues who were unwilling to provide services to people living with HIV or provided them substandard services.

More than half of respondents reported using unnecessary personal protection measures such as wearing gloves when interacting with people living with HIV. 25% of people living with HIV surveyed said that they avoided seeking healthcare for fear of disclosure or poor treatment, while a third had their status disclosed without their consent.

In response to these findings, the Ministry of Public Health, in collaboration with civil society and international partners developed initiatives to sensitise healthcare workers in both clinical and non-clinical settings.

Early results indicate that improving the attitude of healthcare workers doesn’t just improve care for people living with HIV but has wider societal benefits as they are seen as role models. By 2016, the stigma-reduction programmes will be implemented throughout the country with domestic funding.

Laws that criminalise HIV non-disclosure, exposure and transmission perpetuate stigma and deter people from HIV testing and puts the responsibility of HIV prevention solely on the partner living with HIV.

In May 2015, the Australian state of Victoria repealed the country’s only HIV-specific law criminalising the intentional transmission of HIV. The repealed law - Section 19A of the Crimes Act 1958 - carried a maximum penalty of 25 years imprisonment, even more than the maximum for manslaughter (which is 20 years).

Strengthening the rights of people living with HIV in Ghana

Although Ghana’s Constitution protects all citizens from discrimination in employment, education and housing and ensures their right to privacy, there is ambiguity in the way these provisions apply to people living with HIV and to key affected populations.

The Patients’ Charter protects people living with HIV from discrimination within the healthcare system, but they are difficult to enforce outside of public health facilities. In addition, consensual sex between adult males and sex work is criminalised, deterring sex workers and MSM from seeking healthcare services.

To overcome these obstacles, a web-based reporting mechanism was launched in December 2013. People living with HIV can directly report to the Commission by SMS or through the reporting system’s website, and they can choose to remain anonymous. This triggers an investigation involving human rights organisations and lawyers.

By September 2015, 32 cases of discrimination had been recorded, and 13 of them have been resolved. Complaints have included violence, blackmail and denial of employment, healthcare and education. 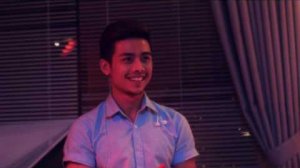 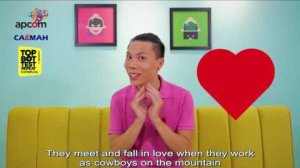 Films about gay you should try! 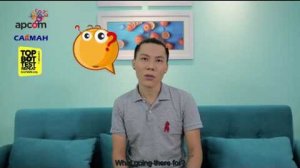 Saigon in the festival season!